AWARDING OF THE MEDAL OF THE NATIONAL ASSEMBLY OF QUEBEC TO MR. KHENG LY

On Monday, June 20th at the Challenger in Saint-Laurent, President, CEO and founder of Brivia Group, Mr. Kheng Ly, received the medal of the National Assembly of Quebec in the presence of his family. Mr. Gaétan Barrette, MNA for La Pinière, Mr. Pierre Arcand, MNA for Mont-Royal-Outremont, and many dignitaries and members of Brivia Group and of the Chinese and Asian community of Montreal attended the event.

“It is with great humility that I am honored to receive this title and recognition that the medal of the National Assembly of Quebec represents. I would like to emphasize the importance of the great team with which we have built Brivia Group,” says Kheng Ly, its founder, President, and CEO. Being surrounded by dedicated people and having the opportunity to contribute to the development of Quebec has allowed Brivia Group to continuously exceed itself, both in terms of the projects it has completed and the growth it has generated.

“It is a great pleasure for me to honour a Quebecer with a very special and inspiring story,” said Gaétan Barrette, MNA for La Pinière at the National Assembly. “Success in business transforms society in the long term. Moreover, a company is like a family. In this regard, Mr. Ly made a deliberate choice to give back to the society immediately after his impressive rise in business. Mr. Ly is transforming the face of downtown Montreal and downtown living in a thoughtful and well conceived manner, which makes us look forward to the future.” 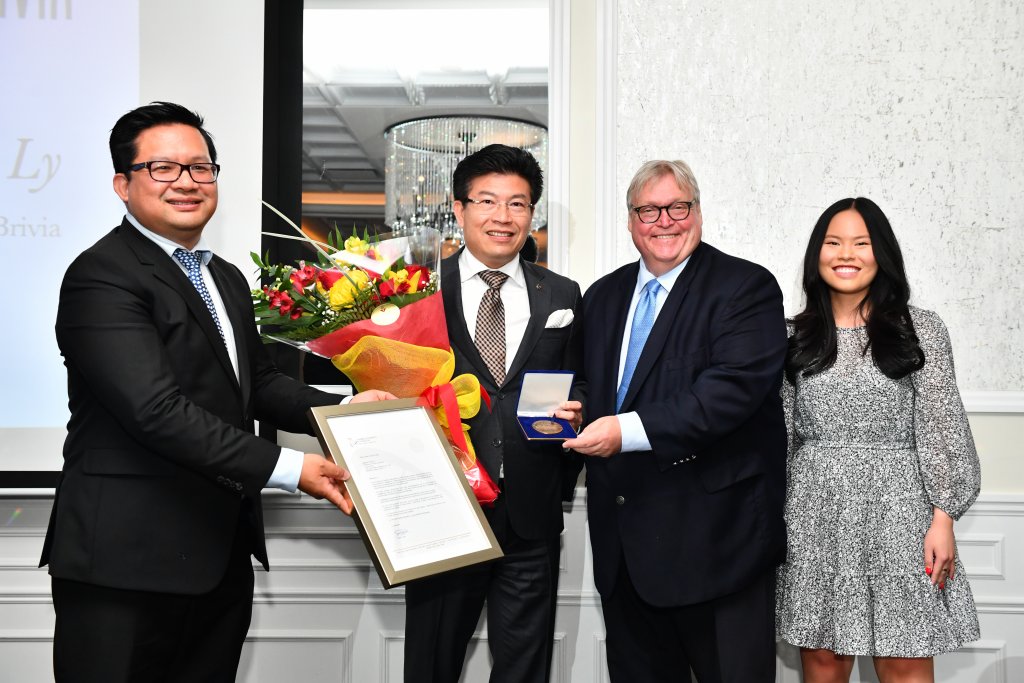 Business is not the only focus of Brivia Group. The company is actively involved in philanthropy through contributions to CHUM Foundation, Jewish General Hospital Foundation, Montreal Chinese Hospital Foundation, Jean-de-Brébeuf College Foundation and many other charitable organizations. This community spirit is also reflected in the company’s values, such as the preservation of heritage, notably through the restoration of the Louis-Hippolyte-La Fontaine house, which is part of the YUL project, and sustainable and acceptable development, which has been at the heart of the design of Brivia Group’s development for many years.