Abandoned for More Than 30 Years

Montreal, September 23, 2020 – Brivia Group and Tianco Group are pleased to announce that the Louis-Hippolyte-La Fontaine House has finally regained the original architectural character that it had when occupied by the former Prime Minister of United Canada in 1849. Abandoned for more than 30 years, one of Montreal’s oldest houses is now ready for a new chapter in its history following a meticulous restoration that took almost six years.

“The restoration of Louis-Hippolyte-La Fontaine House is a remarkable project that reflects my commitment and that of Brivia Group to Montreal,” says Kheng Ly, President and Chief Executive Officer of Brivia Group. “I am very proud of the teamwork that made it possible to preserve this jewel of Montreal’s heritage. In collaboration with the City, heritage experts and the architects, everyone involved in the project was motivated by the same desire to restore the building to its former glory. The attention paid to each and every detail shows our respect for the heritage, historical and architectural value that we attach to this 19th century building. The house, which has regained its former lustre in a rapidly developing downtown neighbourhood, is now ready for a new life.” 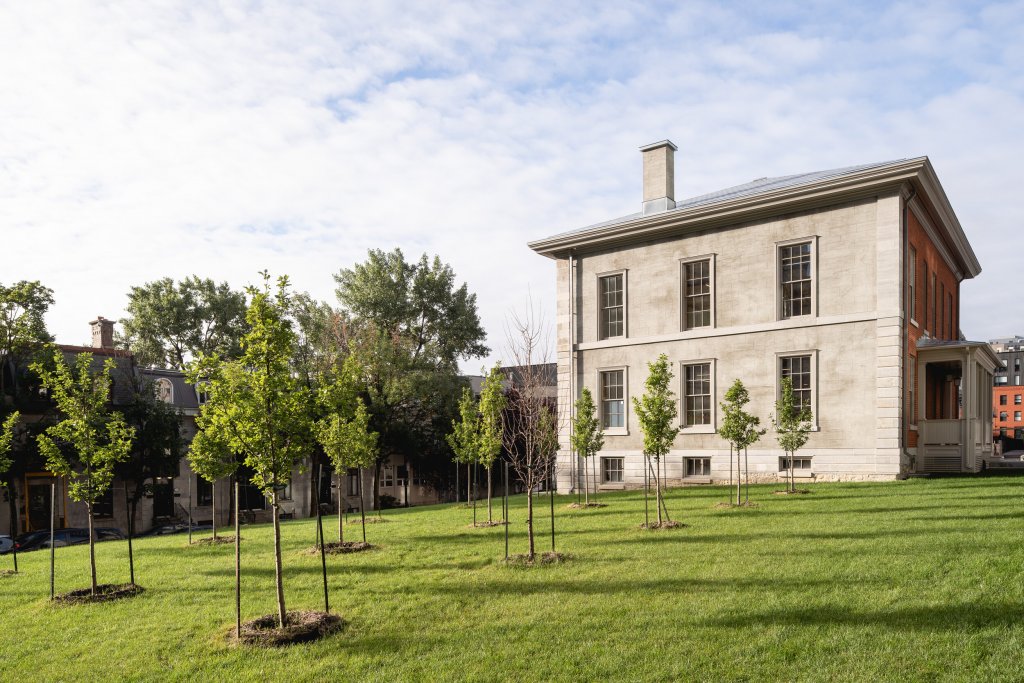 Louis-Hippolyte-La Fontaine House is of heritage interest because of its architectural value. The three-storey house has a gross area of some 5,970 square feet and is distinguished by the combined presence of two architectural styles: Neoclassical and Second Empire. The building is protected under the Cultural Heritage Act, in force since October 19, 2012, by the following status: Heritage building cited as Louis-Hippolyte-La Fontaine House.

“We feel privileged to have participated in the preservation of this important witness to the history of Montreal, Québec and Canada,” explains Anik Shooner, senior associate architect with Menkès Shooner Dagenais LeTourneux Architects, the firm responsible for the project. “Given the multiple transformations that the building has undergone (first a villa, then an apartment building and rooming house), the first steps enabled us to determine the reference period for its restoration. Today, we can admire the house as it was in the time of Louis-Hippolyte La Fontaine, the first French-speaking Canadian to become Prime Minister of Lower Canada.”

“The work was complex and delicate,” adds Ms. Shooner. “The house was dismantled and the stones were numbered so that it could be rebuilt exactly as it was. Cracked stones were consolidated using proven restoration techniques. The impact marks of projectiles fired at the facade by rioters have been preserved. This meticulous work has allowed us to preserve one of the rare examples of a time when downtown Montreal was composed of vast gardens and villas.”

Very few stone elements were replaced. The brick and plastered side walls were redone in the same way as they were at the time. Finally, in a nod to the original orchard, apple trees were planted on the property, which covers more than 17,000 square feet. 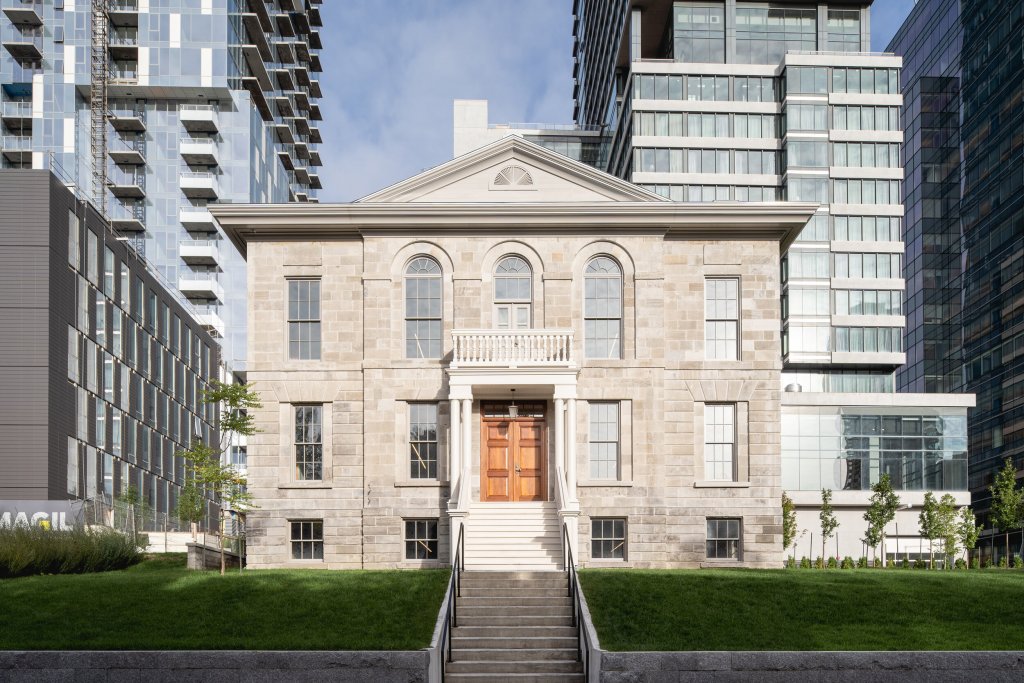 Louis-Hippolyte-La Fontaine House is of significant historical value and was the scene of important events that caused Montreal to lose its role as the capital of United Canada.

In 1849, Louis-Hippolyte-La Fontaine demanded that French-speaking citizens who had seen their homes and property burned or destroyed during the Patriot War of 1837-1838 be compensated, as were those in English-speaking Upper Canada. This demand created discontent among the population, especially those of British origin, and provoked major riots. Demonstrators set fire to the Parliament of United Canada at Place D’Youville and attacked La Fontaine’s House. On two occasions, the politician managed to escape attacks on his residence.

Louis-Hippolyte-La Fontaine, along with Robert Baldwin, led Canada’s first responsible government. He was a pioneer of democracy in the country and ensured that members of Parliament were able to speak French in Parliament. 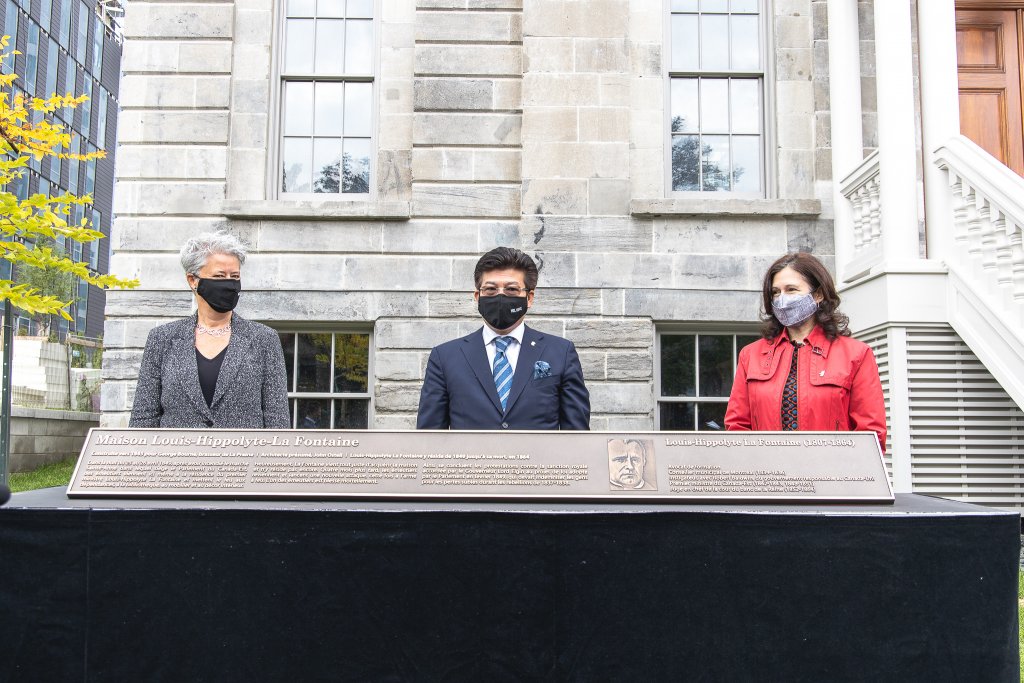 Created in Montreal in 2000, Brivia Group is a real estate development company with a growing number of projects in Greater Montreal Area, Québec City and Toronto. Brivia Group brings together the expertise, experience and business network necessary to bring bold projects to life, including YUL, QuinzeCent and 1 Square Phillips, by responding to the expectations of its various clienteles.